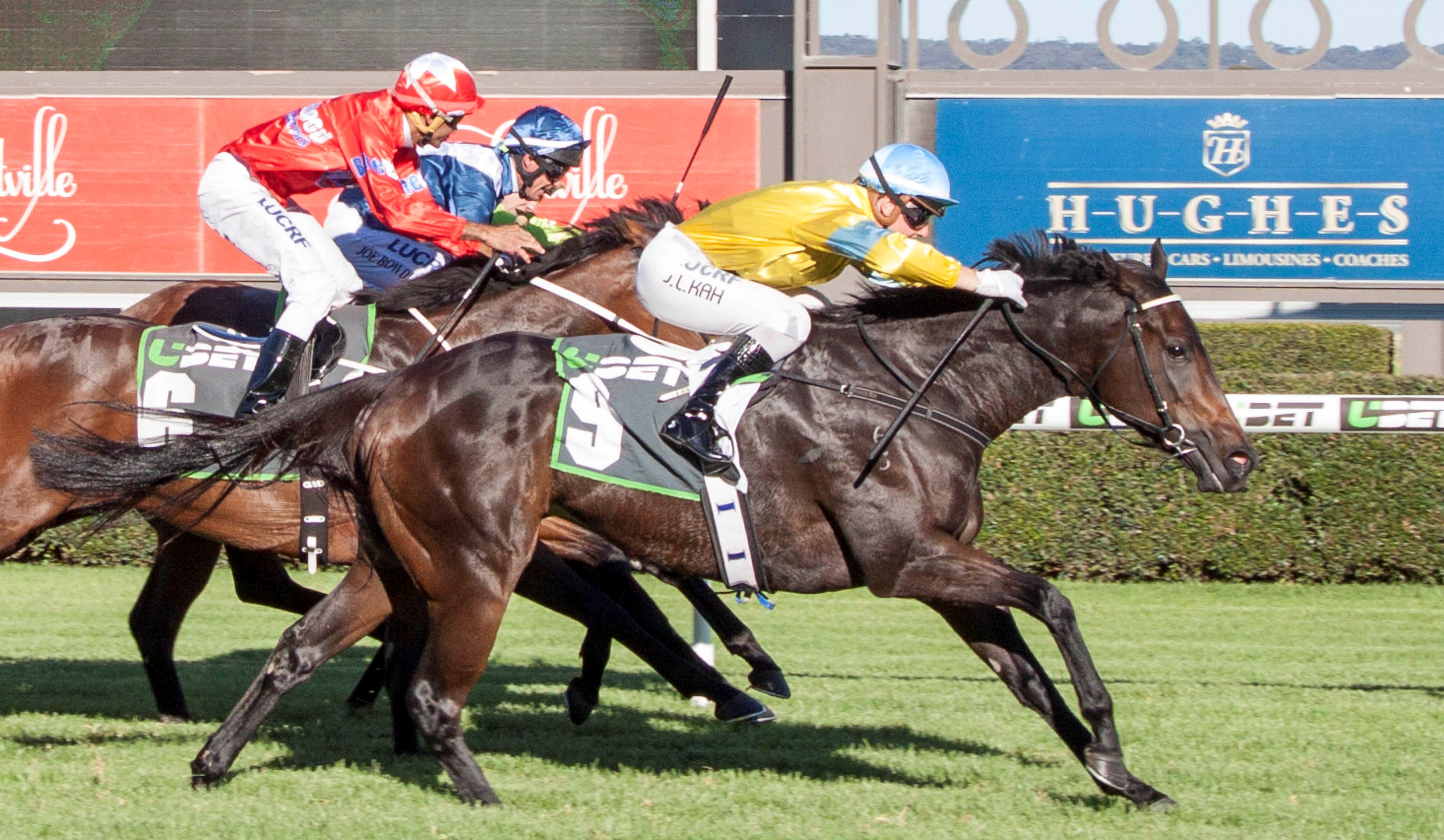 Leading West Australian nursery, Yarradale Stud, has had plenty of cause for celebration in recent weeks, with its influence stretching from the Indian Ocean to the Pacific.

Roll the clock forward seven days and it was a treble – of sorts – going Yarradale’s way with Dainty Tess snaring the Group Three Hughes Limousines RN Irwin Stakes over 1100m at Morphettville, while two home-breds in Mizlecki (Listed Sheila Gwynne Classic) and Super Stardom (2 from 2 in town) both saluted at Ascot.

The Daniel Morton trained, Dainty Tess is one of 38 stakes winners for the Yarradale stallion, War Chant, and is poised to possibly become his second Australian-bred Group One winner after Saturday’s performance.

In a thrilling finish to the Irwin, Dainty Tess was able to edge out favourite and 2017 Group One Winterbottom winner, Viddora, while 2017 Group One UBET Classic winner, Secret Agenda, filled third.

According to Morton, Dainty Tess will aim to become the $1 million 2018 UBET Classic (formerly Robert Sangster Stakes) heroine when the South Australian carnival shifts into full swing on Saturday 5 May.

“She’s the sort of mare that you rock up every time and just expect to win to be honest,” Morton points out.
“Obviously, the Irwin was her biggest test to date, apart from last year’s Winterbottom (won by Viddora), but she travelled across very well and, without being cocky, I was confident.”

Morton, a leading trainer in Perth for many years who also saddled up globetrotting great, Scenic Blast, has an ambitious campaign mapped out for Dainty Tess: “We obviously came to Adelaide with the Sangster (UBET Classic) in mind, against the fillies and mares, but then, all things being equal, it will be off to Brisbane too.”

War Chant, a Breeders’ Cup Mile winning son of Danzig, stood in the northern hemisphere for several seasons before heading to Yarradale Stud in 2011 where he produced Group One William Reid Stakes winner, Silent Sedition from his first Australian yield, while Dainty Tess followed the next spring: the same crop which produced 2017 Group Two West Australian Guineas winner, Variation.

War Chant stands alongside Gingerbread Man, Heritage and Bradbury’s Luck, while, according to Yarradale Stud’s Manager, Bernie Hamill, they could be joined this spring by the Giants Causeway Group One winner, Frost Giant.

Standing just the two seasons at Yarradale (2013 and 2014) before returning to North America, Frost Giant is the sire of Perth’s most exciting 2YO, Valour Road, who is now likely to tackle Saturday’s Group Three WA Sires’ Produce Stakes at Ascot.

“Apart from Valour Road, Yarradale also bred a pretty exciting 2YO filly in Super Stardom (by War Chant) that’s with Neville Parnham,” Hamill explains. “She has won her last two on the trot and appears destined for bigger things. She’s also raced in partnership by (Yarradale Stud owner) Ron Sayers.”

Mizlecki, meanwhile, was one of two stakes success stories on Saturday for former Patinack Farm based stallion, Lope de Vega, who is also the sire of 2YO filly, Rubira, winner of the Listed Diamond Lodge Champagne Stakes over 1600m at Pukekohe Park in New Zealand.

Mizlecki, a close relation to Champion South African 2YO Filly, Entisaar, was offered by Yarradale Stud at the 2016 Perth Magic Millions Yearling Sale but passed in for $30,000.

“Ron decided to lease her to Fred Kersley, but given that she’s won four from nine and two stakes races in a row (including the Listed Raconteur Stakes on 7 April), along with being so well related, she’s going to end up quite a valuable broodmare for Yarradale.”